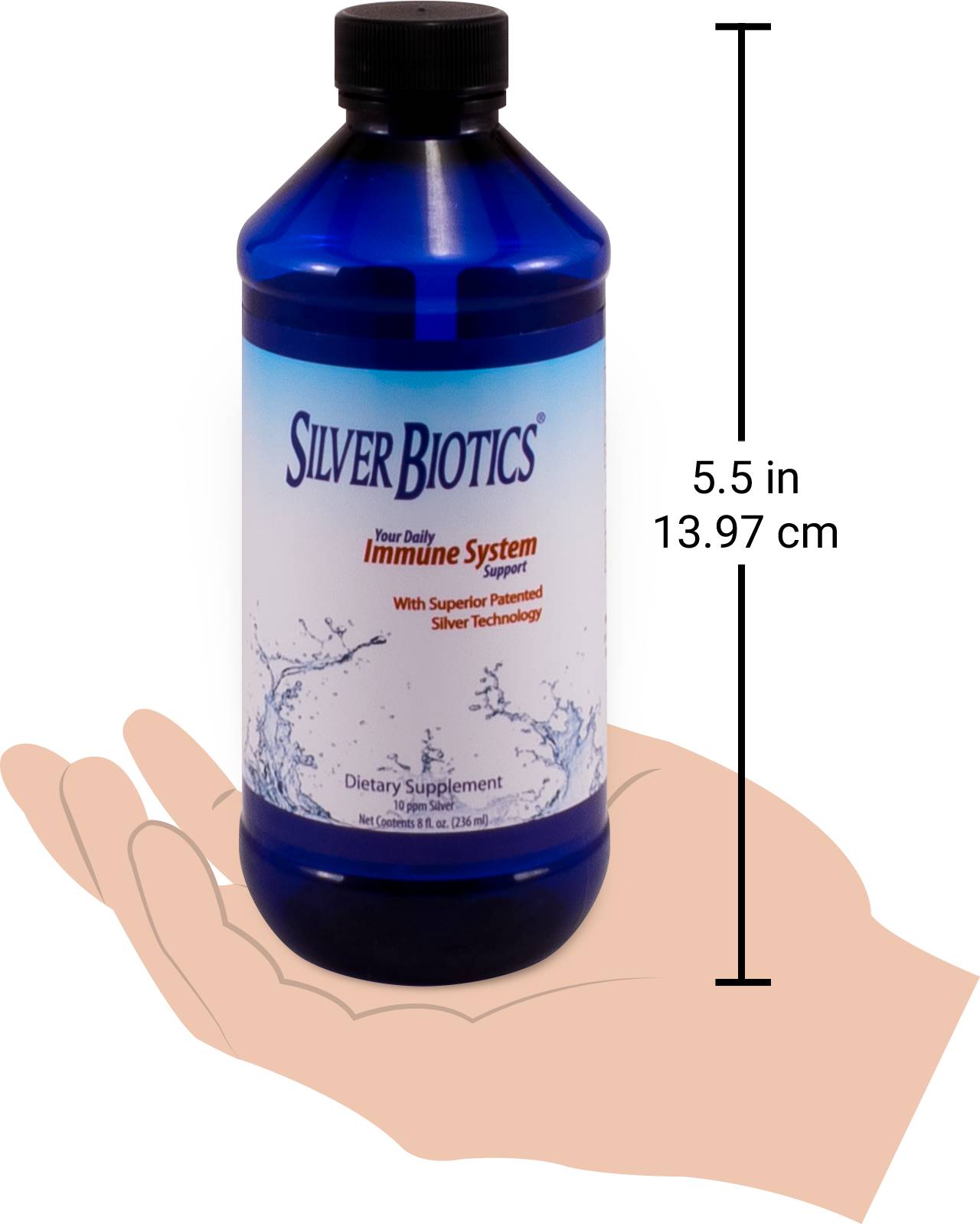 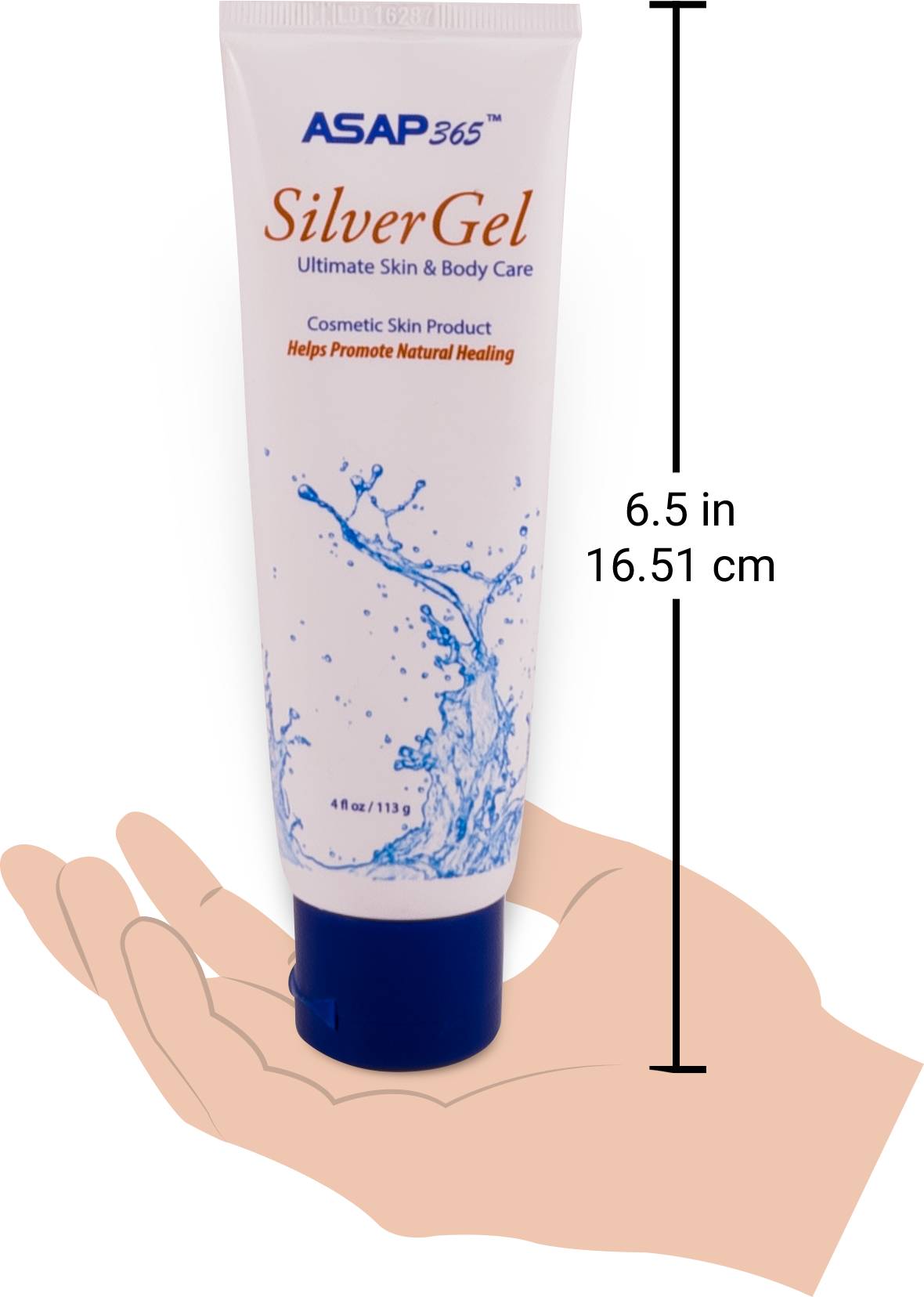 Silver Sol is simply superfine silver particles dispersed in deionized water. The term “Sol” is a chemical designation of a pure mineral, such as metallic silver, permanently suspended in water where the mineral’s charge is transferred to the entire body of water.

Silver Sol, ingested at an effective level of concentration, may kill pathogens associated with the following conditions, in addition to many others:

What Does Silver Sol Do and How Does it Work?

Silver Sol can also purify water (US Patent Office, Nov. 2006) and can be used to treat over three hundred conditions; these are listed in the book A Fighting Chance by Dr. Gordon Pedersen.

Dr. Pedersen notes that Silver Sol functions as a non-toxic disinfectant for internal or external use as it comes in three forms: liquid, topical gel, and aerosolized.

Silver Sol as an Anti-Viral

As a broad spectrum antibiotic helps improve antibiotic function Exhibits equal or broader spectrum of activity than any one antibiotic tested (17) Silver Sol displayed synergism when tested in combination with 19 different antibiotics. This synergistic effect was reported against the following 7 bacterial strains (E.coli (MDR), P aeruginosa (MDR), MRSA, Staph aeureus, S.typhi, Shigella flexeri, B. subtillis). Out of 96 tests, five combinations were synergistic, producing as much as ten times the efficacy: Silver Sol plus Amikacin, against MRSA Silver Sol plus Cefoperazone against MRSA Silver Sol plus Ceftizidime against E.coli (MDR) Silver Sol plus Ceftizidime against Pseudomonas aeruginosa (MDR) Silver Sol plusKanamycin against E. coli (MDR) Out of 96 tests, 89 produced an additive effect, demonstrating a reversal of antibiotic resistance in all categories of antibiotics tested. Some antibiotics demonstrated as much as a ten fold increase in efficacy due to the broad spectrum abilities of Silver Sol which kills a wide variety of bacteria viruses and mold. It should be noted that no organism was found to be resistant to Silver Sol.(17) Anti-fungal Kills candida albicans in ten minutes without destroying healthy lactobacillis (flora) (19, 21) Kills block mold (11, 4)

Helps a significant number of radiation burn patients (22) Former Surgeon General of the Air Force P.K. Carlton writes the following letter to the office of homeland security requesting the following: “I feel it can be used in the area of bio-defense from bio-terrorism to infectious diseases such as SARS. The anti-microbial has undergone rigorous testing and has been found to kill Anthrax, Bubonic Plague, Hospital Staph and SARS. It is the first new anti-microbial for the hospital in many years. In addition it is non-toxic to humans, EPA approved (Hospital Staph and Bubonic Plague) and currently Sec 18 approval. The Solution has shown to be a wide spectrum anti-microbial/bio-contaminant that can be used to increase the safety and functionality of healthcare facilities in the event of bio-terror attack or infectious disease outbreak such as SARS. In short, we currently do not have anything with such a wide spectrum of efficacy in our inventory. As such I recommend that the anti-microbial be evaluated for addition to the National Push-back stockpile. It will make our nation a safer place to live and work.” (23). Orrin Hatch has formally requested Silver Sol be used for homeland security specifically against bioterrorism such as Anthrax (24)

With the Ag4O4 coating, the silver particle is attracted to the surrounding water molecules, and as such, becomes part of the structure of the water. This makes the silver much more stable and bioavailable than other forms of silver. Ag4O4 Molecule A thin multivalent silver oxide coating, built of thousands of Ag4O4 molecules, surrounds the metallic nano sized silver core.

Testing has uncovered multiple modes of action by which the ABL Metallic Nano-silver Particle functions. First, it has an ability to steal multiple electrons (compared to ionic silvers which can only steal one). Second, each particle is permanently embedded with a resonant frequency, which allows the particles to have a positive effect on things, without needing direct contact with them. Lastly, the particles also utilize a very useful electrostatic charge.

Metallic Nano Particle + Ag4O4 (Multiple Modes of Action) Patented by American Biotech Labs, this metallic nano particle is coated with a multivalent silver oxide coating or “skin”. With this outer coating, the silver particle is attracted to the surrounding water molecules, and as such, becomes part of the structure of the water. This makes the silver much more stable and bioavailable than other silver particles. Additionally, the unique Ag4O4 coating gives the silver particle multiple modes of action by which the particle can be useful in the body:

Ionic Silver (Silver Ions) Ionic Silver is one of the most common forms of silver liquid found in the supplement industry today. Many are made by diluting chemical forms of silver, like silver nitrate, to a desired parts per million (ppm), which is then bottled and sold to the public. Although ionic silver products have the smallest particle size (which they usually tout), they are often the least stable and can easily fall out of suspension. Additionally, ionic forms of silver only have one mode of action. Once each silver ion steals its missing electron, it becomes neutral and is no longer useful in the body. Lastly, ionic forms of silver are metabolized, and as a result, can bind up in the body. Over extended periods of time this build up could cause a skin condition known as Argyria, otherwise known as the blue man’s syndrome.

Mild silver proteins are simply another form of ionic silver. The only difference being that because ionic forms of silver are not generally stable and because they contain unusually large amounts of silver, they are sometimes bound to a protein.

However, as a result of this binding with protein, the silver ion is less functional and useful than traditional ionic silver ions. Consequently, higher levels of silver (ppm) are needed to obtain the desired effect.

Now is the time to get serious about your wellbeing and prepare to make a stand in favor of your family’s health. Silver Biotics is the #1 choice of tens of thousands of people for helping to enhance their immune system. Take it orally every day to naturally help boost your immune system, and let it function as one of your family’s first lines of defense.

• Used and Recommended by Doctors

Warning: If you are pregnant, nursing, have any allergic reaction to trace minerals or if you have any chronic recurring symptoms or illness, please consult a health care professional before using this product.

KEEP OUT OF REACH OF CHILDREN Store at room temperature. Keep out of direct sunlight.

1. Silver Oxide – Silver Sol will remove an electron from the bacterial membrane, thus rupturing the pathogen and killing it on contact.

2. Resonance – Silver Sol resonates at the same frequency of a germicidal light used in labs to kill bacteria and viruses. Because it is small enough (a nanoparticle) to enter the host’s cells, it transmits the resonant frequency without the additional risk of exposure to surrounding tissue.

3. Viral Disruption – Silver Sol can bind with the charged, incomplete genetic viral molecules, preventing viral replication. Note that because normal DNA does not contain a magnetic charge, it remains unaffected by the charge of the Silver Sol.

14. Healing capacity of Silver Sol in Pigs. University of Utah, 2005

23. General P.K.Carlton MD. Letter to the department of homeland security, 2007.