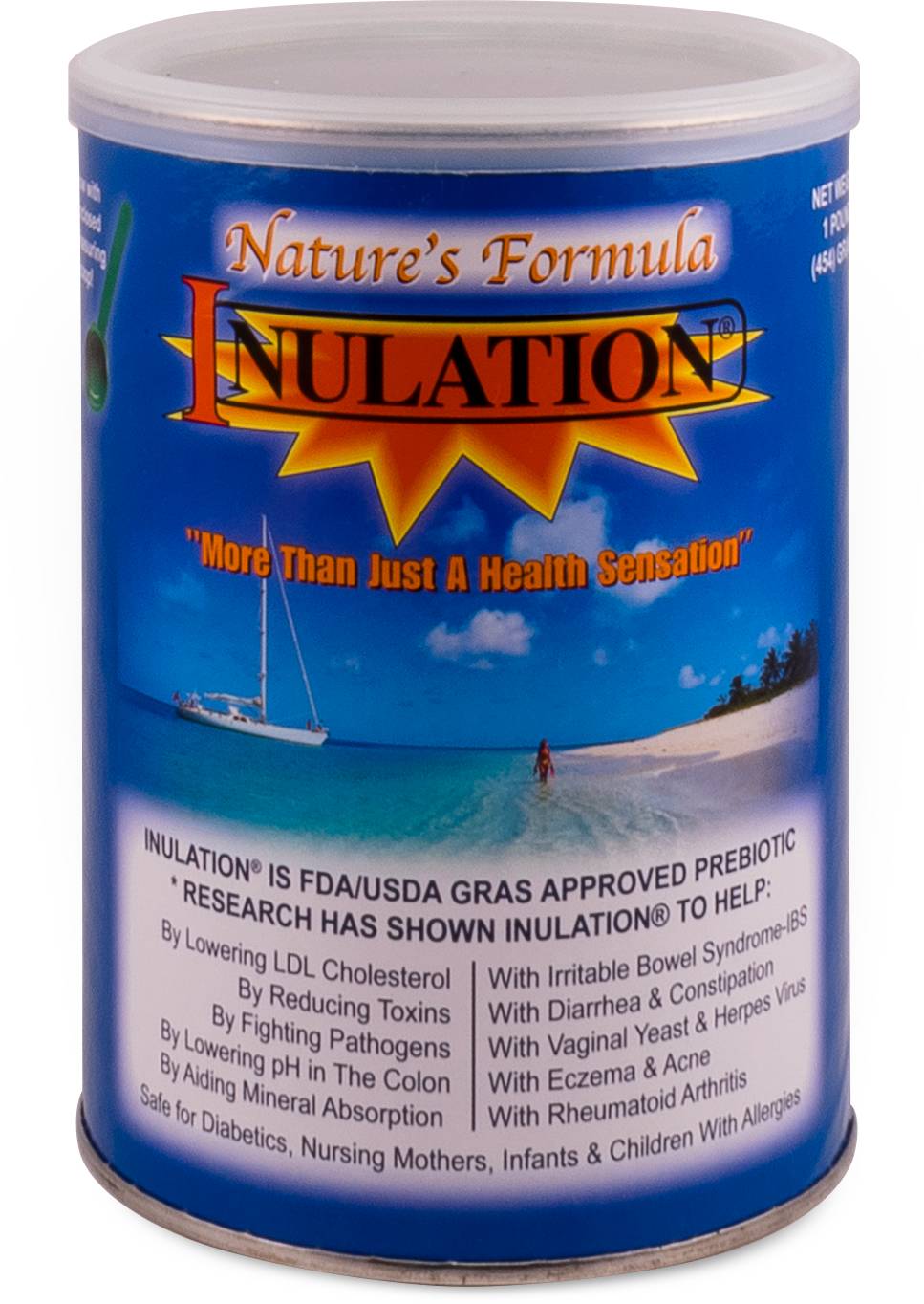 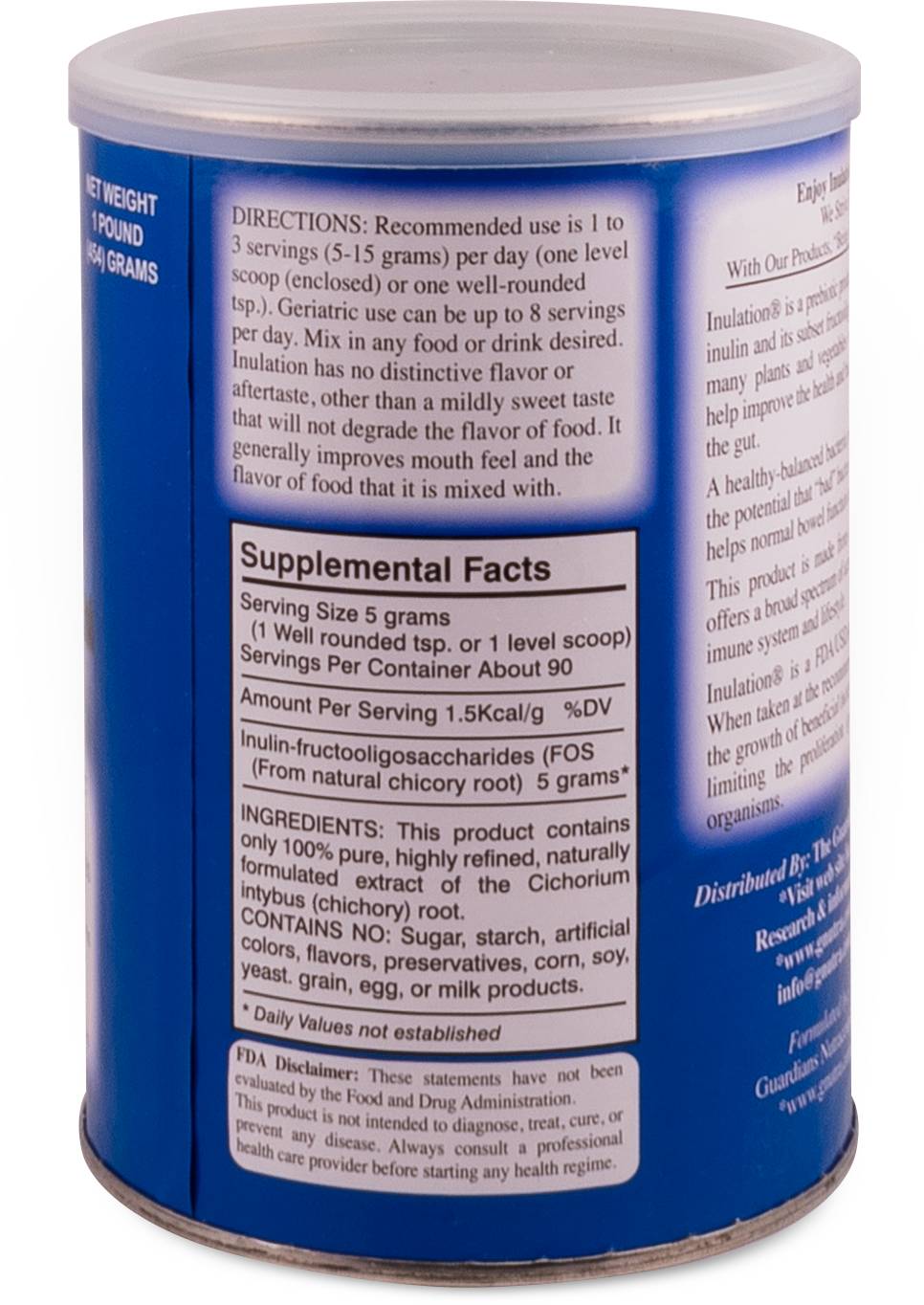 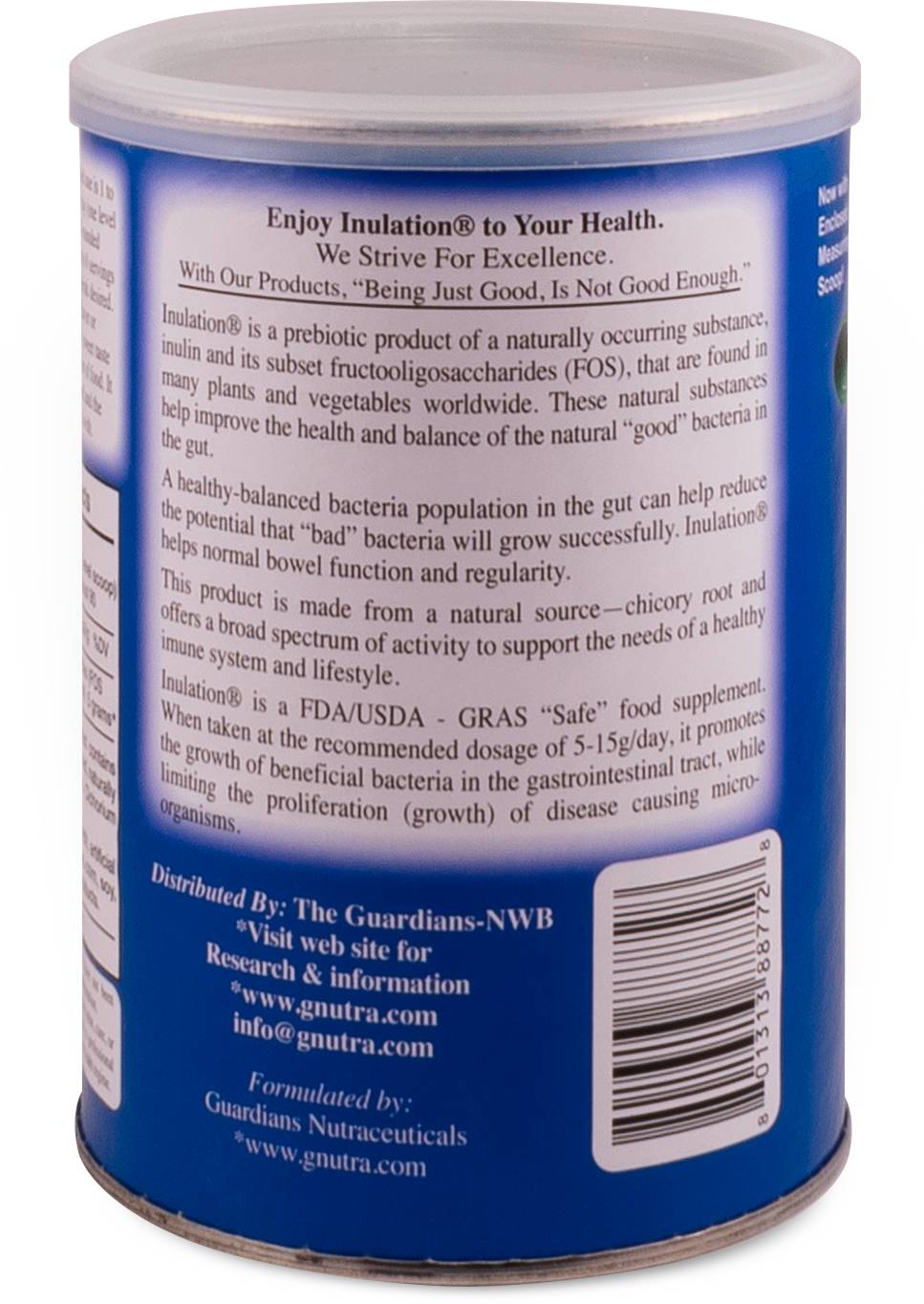 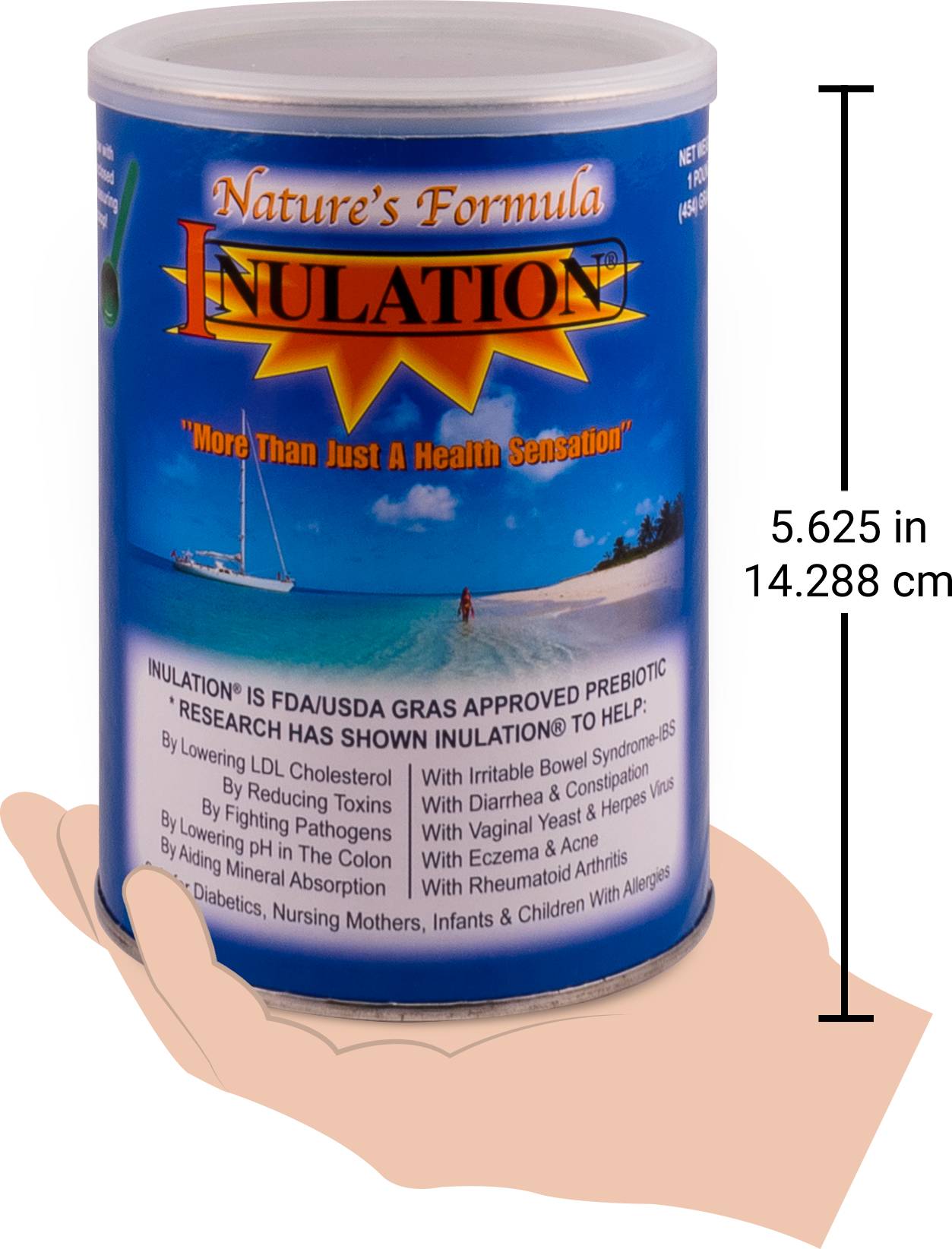 Inulation®™ – Inulin is a natural prebiotic that feeds healthy bacteria in the digestive system. It is a non-digestible, soluble dietary fiber extracted from the root of the chicory plant. As a dietary supplement, Inulation is used to create a healthy bacterial balance in the intestines and colon. Inulation is a powder with a slightly sweet taste that is taken with any liquid and is often taken with a probiotic to provide a one two punch. 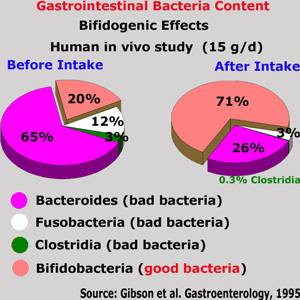 Why our Inulin versus others?

Unlike other forms of Inulin, Inulation works throughout the entire digestive tract because the chain lengths vary between 8 and 13 monomers

What is Inulation®™ - An Overview

Why our Inulation versus others?

Not all Inulin products are the same. 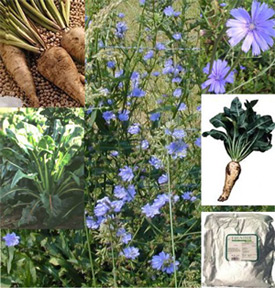 Inulation®™ is a specialized form of Inulin. Inulation®™ is a registered and trademarked name for a unique form of Inulin. For Inulin to be effective it must have the correct chain length. (8 to 13 monomers) It must also be free of pesticides and other contaminants. This why we believe that Inulation is the most superior form of Inulin on the market. Inulation™ is the only Inulin sold on the market that has this level of quality/purity certification. Inulation™ is from 100% chicory root (Cichorium intybus L). (No other sources) There are some cheap forms of Inulin on the market but they don?t have the same level of purity, safety, quality and performance as Inulation™.

Inulation®™ is a blend of fructooligosaccharides with a degree of polymerization between 8-13 monomers long. This is crucial because the chain length (degree of polymerization) affects the performance of the inulin in its prebiotic role. Inulin with a chain length between 8 and 10 units long works in the intestines. Inulin with a chain length between 10 and 13 units works in the colon. The reason chain length determines where the Inulin functions is because longer chains take more time to be fermented (eaten) by intestinal flora. Therefore they aren?t consumed until they reach the colon. Our Inulation works throughout the entire digestive tract because the chain lengths vary between 8 and 13. 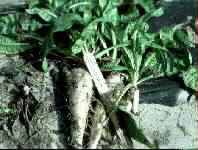 Inulation (fructooligosaccharides) can come from many different sources. Chicory Root contains the highest concentrations of inulin. Other plants that contain inulin include wheat, banana, asparagus, salsify, onion, leeks, garlic, artichoke and other various fruits and vegetables. Jerusalem artichoke also contains a large percentage of inulin however some people may be allergic to it. When looking at inulin supplements it?s important to know what the source is. Some companies list on the product label that the inulin comes from chicory root and Other Sources. Therefore you have no idea how much of it comes from chicory root and what the other sources are. Our Inulation comes from 100% Chicory Root. No other sources are used. Inulation is Kosher Certified, GRAS, USDA approved and is certified by Halal Correct. Inulation also complies with GMO labeling regulations. 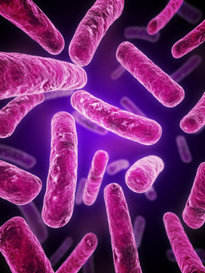 Inulin is a prebiotic formula. This means that it FEEDS the beneficial microorganisms in our digestive tract, as opposed to introducing new bacteria (which is what probiotic formulas do). An example of a probiotic would be that good bacteria found in yogurt. In simple terms, it gives the good bacteria food to live and grow on, and the “good guys” crowd out the bad guys. By stimulating favorable microbiota in the intestinal system the prebiotic results in higher concentrations of short chain fatty acids (SCFA). Particularly butyrate, which colonocytes use as an energy source to stimulate gut integrity. Higher amounts of SCFA in the intestines help change intestinal pH. Lower intestinal pH is associated with a suppression of pathogens and increased solubility of certain nutrients.

Since Inulation is non-digestible, it reaches the intestines and colon unchanged, where healthy bacteria – such as bifidobacteria and lactobacilli – use it as food. This changes the pH level in the colon, creating an unfavorable environment for unhealthy bacteria – such as E.coli, Salmonella, and Staphylococcus. An unbalance in the intestinal tract, typified by low numbers of “the good guys” and high numbers of “the bad guys”, has been associated with, if not the cause of a number of human pathogens, including: Rheumatoid Arthritis, Yeast Infections, Urinary Tract Infections (UTI), Irritable Bowel Syndrome (IBS), Pancreatitis, Vaginitis, Ear Infections, Crone?s Disease, Constipation, Lupus, Breast Cancer, Ulcerative Colitis, Cirrhosis of the Liver, Acne, Premenstrual Syndrome (PMS), Psoriasis.

To understand the health importance of prebiotic like Inulation™ – Inulin, we must first understand the importance of intestinal bacteria on human health. The human colon is by far the most heavily colonized region of the digestive tract, comprised of one hundred different species of both beneficial and potentially deleterious bacteria in a balance affecting how we digest food and obtain energy. The main types of generally recognized beneficial bacteria, the bifidobacteria and lactobacilli, constitute at best a little more than one-third of the bacterial population inhabiting the GI tract. However, at worst they may be so low in numbers that they are not detectable. Of these types the number of bifido-bacterium are regarded as the marker of the stability of the human intestinal microflora. These beneficial microflora play – critical roles in all aspects of our immunological responses, by either helping to resist infection, or by creating pathogenic conditions by their low number. These beneficial bacteria act towards regulating the activity of the other bacteria in the colon. The other bacteria, such as Salmonella, Shigella, Clostridium, Staphylococcus aureus, Candida albicans, Camylobacter jejuni and E. coli, are typically much less numerous and have varying potentials to cause disease. Beneficial bacteria keep these potential disease-causing organisms under control, preventing several disease-related dysfunctions related to an unbalanced gastrointestinal situation. The beneficial organisms exert their positive effects by enhancing digestion and improving lactose intolerance, promoting the recycling of compounds such as estrogen, synthesizing vitamins (largely the B-group), releasing immune-stimulating compounds, inhibiting the metabolisms of disease-producing organisms to eliminate both human and bacterial toxins and carcinogens. 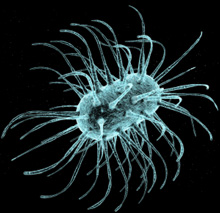 Maintaining populations of beneficial bacteria consistent with good intestinal health requires many lifestyle factors be avoided such as prolonged use of antibiotics which kill beneficial bacteria, antiseptic supplements which can decrease levels of beneficial bacteria if taken for long periods of time and diets high in animal products and low in vegetable fiber. Also, consumption of refined carbohydrates that feed harmful bacteria can disrupt the GI tract and can even lead to the overgrowth of Candida albicans yeast infections. Other things that kill friendly probiotics and disrupt the balance of your digestive system include fluoride, coffe/tea, vinegar, carbonated drinks, chlorine, and preservatives. In order to realize benefits from beneficial bacteria ingested as probiotic supplements in the food we consume or those naturally growing in the GI tract, it is important that they be selectively nourished by food that helps them survive, multiply and remain viable – prebiotics serve this function. This is where Inulation™ – Inulin comes in. Inulation™ – Inulin is an effective all-natural prebiotic ingredient that can be used alone or in combination with probiotics, producing a symbiotic, a synergistic mixture offering improved shelf life and a means to enhance the effectiveness of probiotic agents.

Probiotics and Inulation Together

Recent in vitro and in vivo research has shown that inulin selectively stimulates beneficial bacterial growth equal to or surpassing that of its short-chain synthetic counterparts, FOS/oligofructose in magnitude. Human experiments conducted by Gibson et al. (1995) at the Dunn Clinical Nutrition Center (UK) have shown that ingestion of moderate bifidobacteria, rendering them the numerically predominant specie in feces and colon. Beneficial lactobacilli are also stimulated, but to a lesser extent. At the same time, the numbers of undesirable bacteria stagnate or decrease, the total bacterial count remaining essentially unchanged. This shows that each gram of inulin stimulates the metabolism and selectively increases the activity of healthy intestinal bacteria, potentially leading to healthier, better-balanced colon. 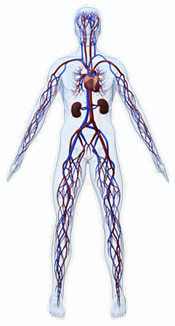 Inulin may suppress appetite and mediate carbohydrate and lipid metabolism for relatively long periods of time. Inulin, a complex non-digestible carbohydrate is slowly metabolized, being fermented by colon microflora to produce SCFAs and lactic acid that the body uses for long-term energy, rather than the normal metabolic pathway for digestible carbohydrates, involving breakdown by digestive enzymes and relatively rapid absorption in the small intestine. This slow method of metabolism has the advantage of providing a glycemic index of zero, preventing hunger based on the fact that an individual does not enter a hypoglycemic state. Research suggests, in addition to appetite suppression, the SCFAs (particularly propionic acid) increase glycolysis and decrease gluconeogenesis, normalizing blood glucose levels over extended periods of time and help to reduce lipo-genesis, reducing blood lipid levels, particularly low-density lipoproteins (LDL) and triglycerides. Research further suggests these SCFAs inhibit fat production by regulating the key enzyme, carnitine acyltransferase that converts calories into fat. Normally, after a meal, carbohydrates are stored as glycogen in the liver and muscles to be used by the body for energy. When glycogen stores become full, the brain receives a message signaling the body to convert excess carbohydrate to fat. Studies indicate the inulin temporarily regulates this process, resulting in over time a significant reduction in plasma triglyceride, phospholipid and cholesterol levels, primarily the low-density lipoprotein fraction (LDL), while not affecting the beneficial high-density lipoprotein (HDL) fraction. 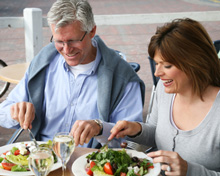 As we age metabolism slows and the effects of everyday wear and tear on our bodies become ever more apparent. To slow or minimize these aging effects it is important that we exercise regularly and maintain proper nutrition. Eating right means consuming foods that provide our bodies not only with needed energy but also aid our body’s functions to ward off common afflictions of the aging process such as bone loss, reduced immune capacity, lactose intolerance, heart disease, cancer, adult onset diabetes, menopausal effects and digestive problems and food intolerance’s.

Inulation®™ – unlike other dietary fibers, which bind metals and raise concern about mineral deficiency, inulin intake does not inhibit mineral absorption. To the contrary, research indicates that the SCFAs produced from inulin fermentation decrease the intestinal pH and stimulate proliferation of colon epithelial cells, enhancing the absorption of certain minerals. (particularly Ca2+, Mg2+, Cu2+, Zn2+ and Fe2+) – important considerations as metabolism changes for post-menopausal women and elderly, as in these groups it may prove effective in preventing, or delaying the onset of osteoporosis. Additionally, SCFAs stimulate water and electrolyte absorption, two important factors in the fight against diarrhea.

As women age, their bodies go through several biological changes, requiring special help to ease the transitions and minimize potential detrimental effects on their health along the way. To minimize these potential problems, it is important that one exercises regularly and maintains proper nutrition. Nutritional energy is important in maintaining bodily functions, but the body, particularly the female’s, also needs help in preventing and minimizing the effects of their biological changes. Inulation™ provides an effective means to aid the woman’s biologically changing body through its transitions. Each gram of Inulin stimulates the metabolism and selectively increases the activity of healthy intestinal bacteria, leading to a healthier, and fuller life. 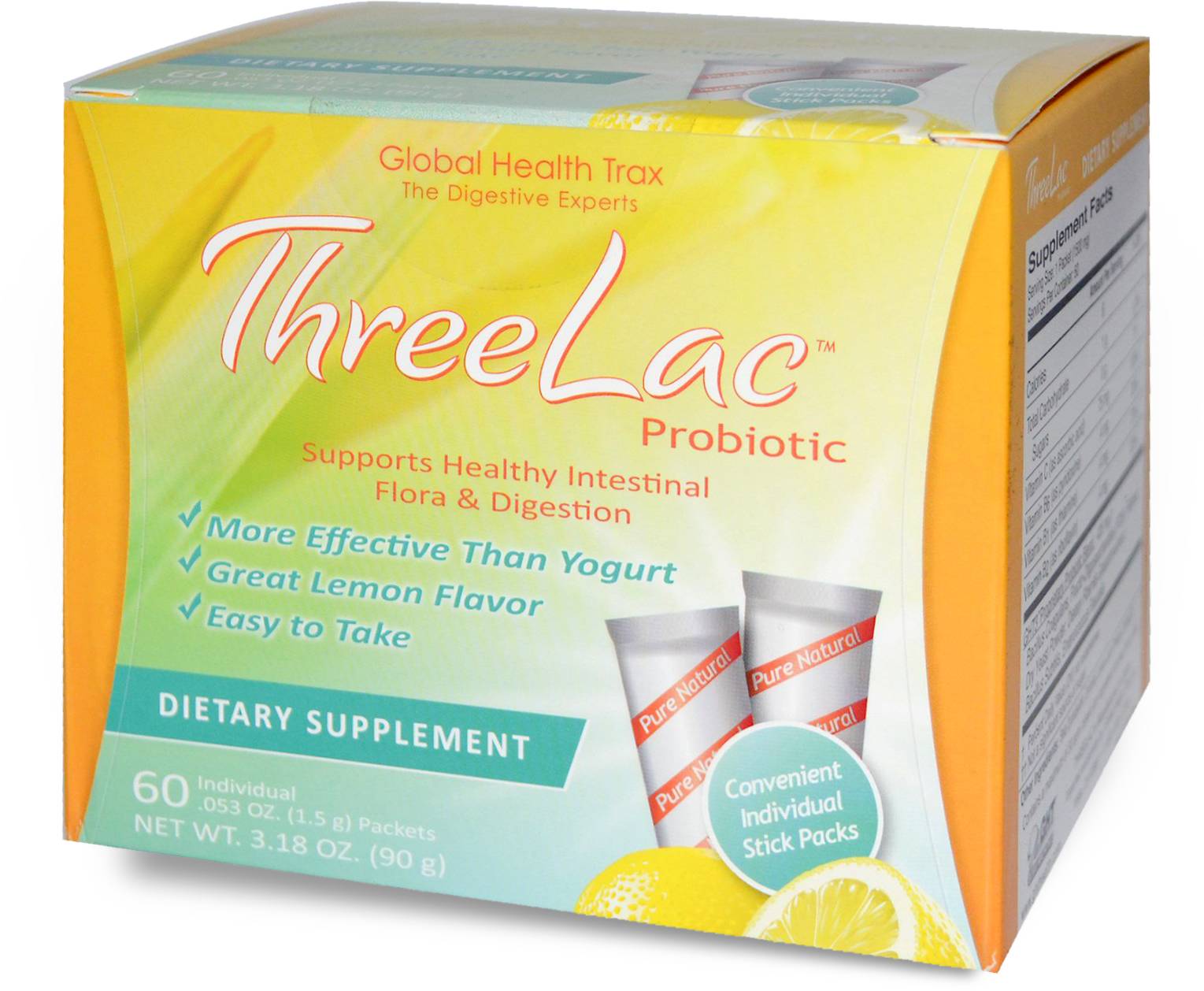 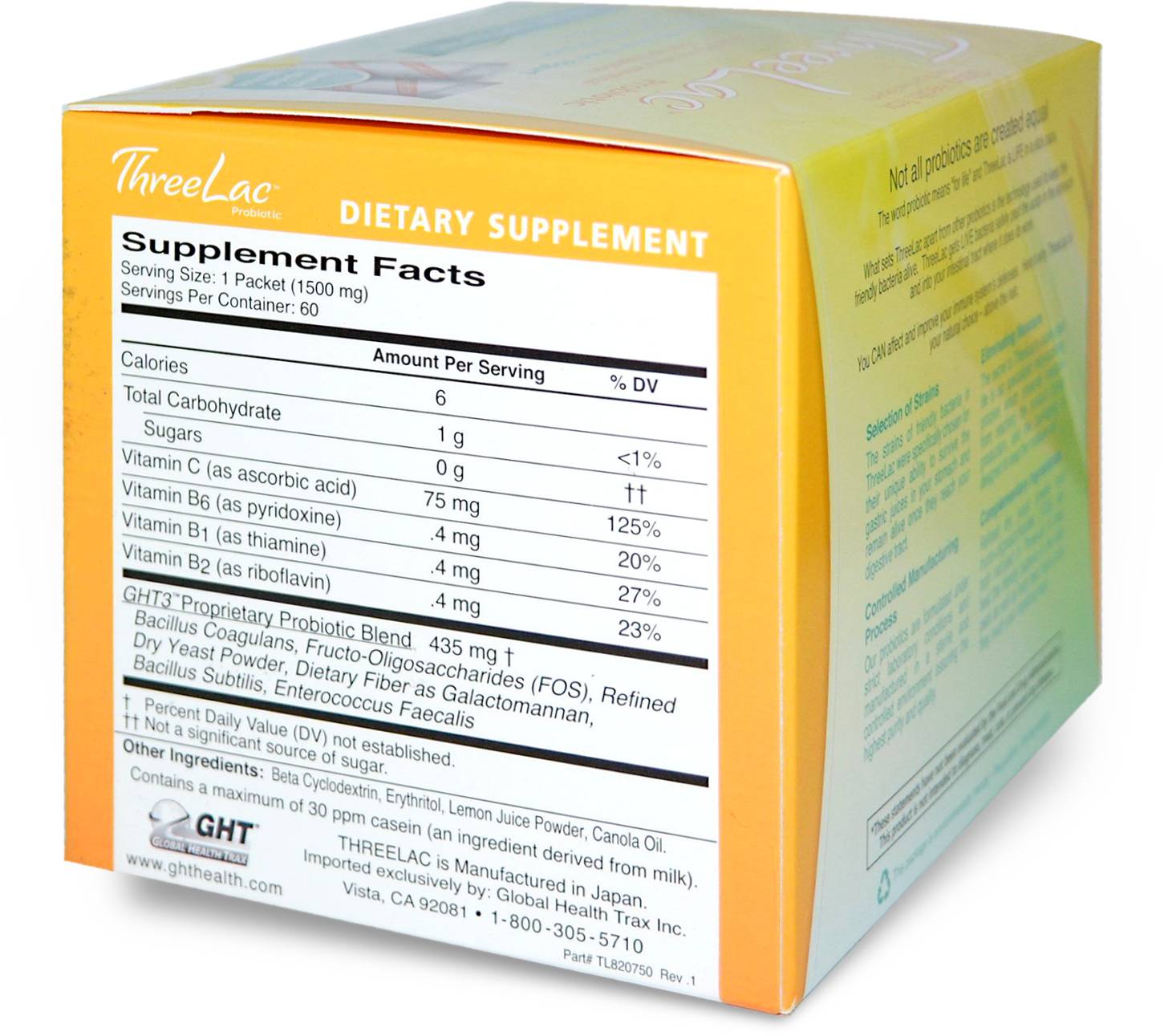 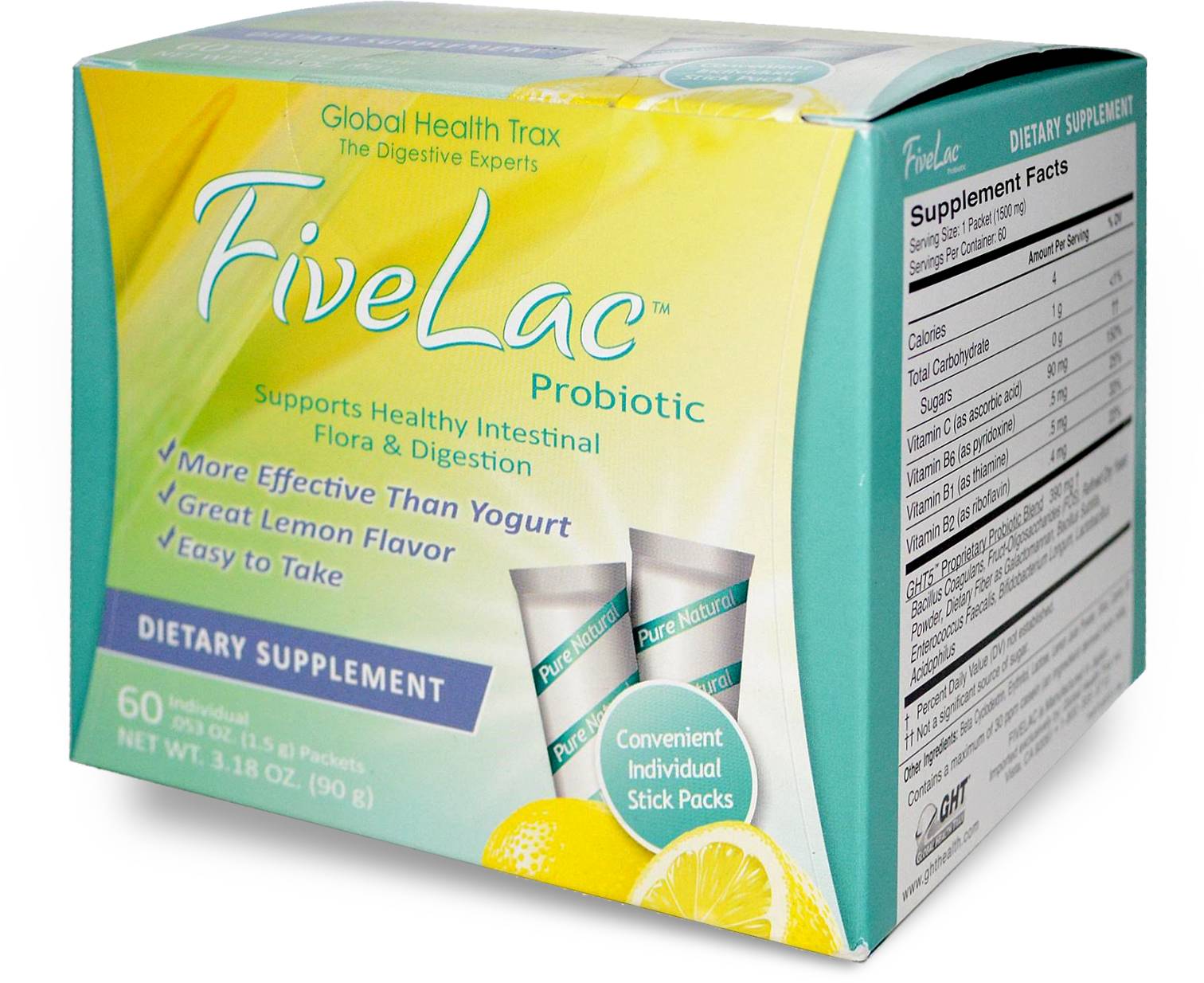 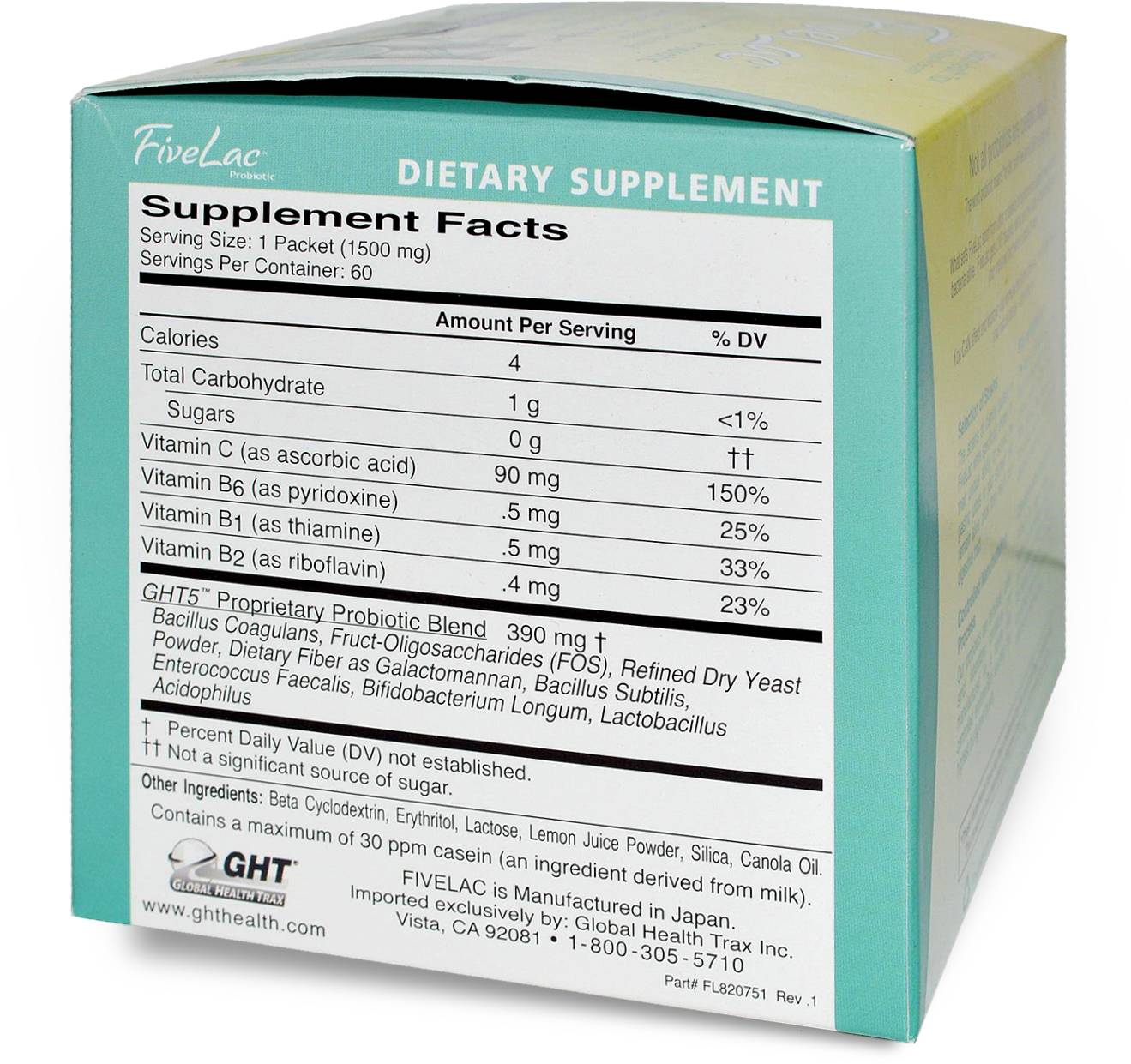