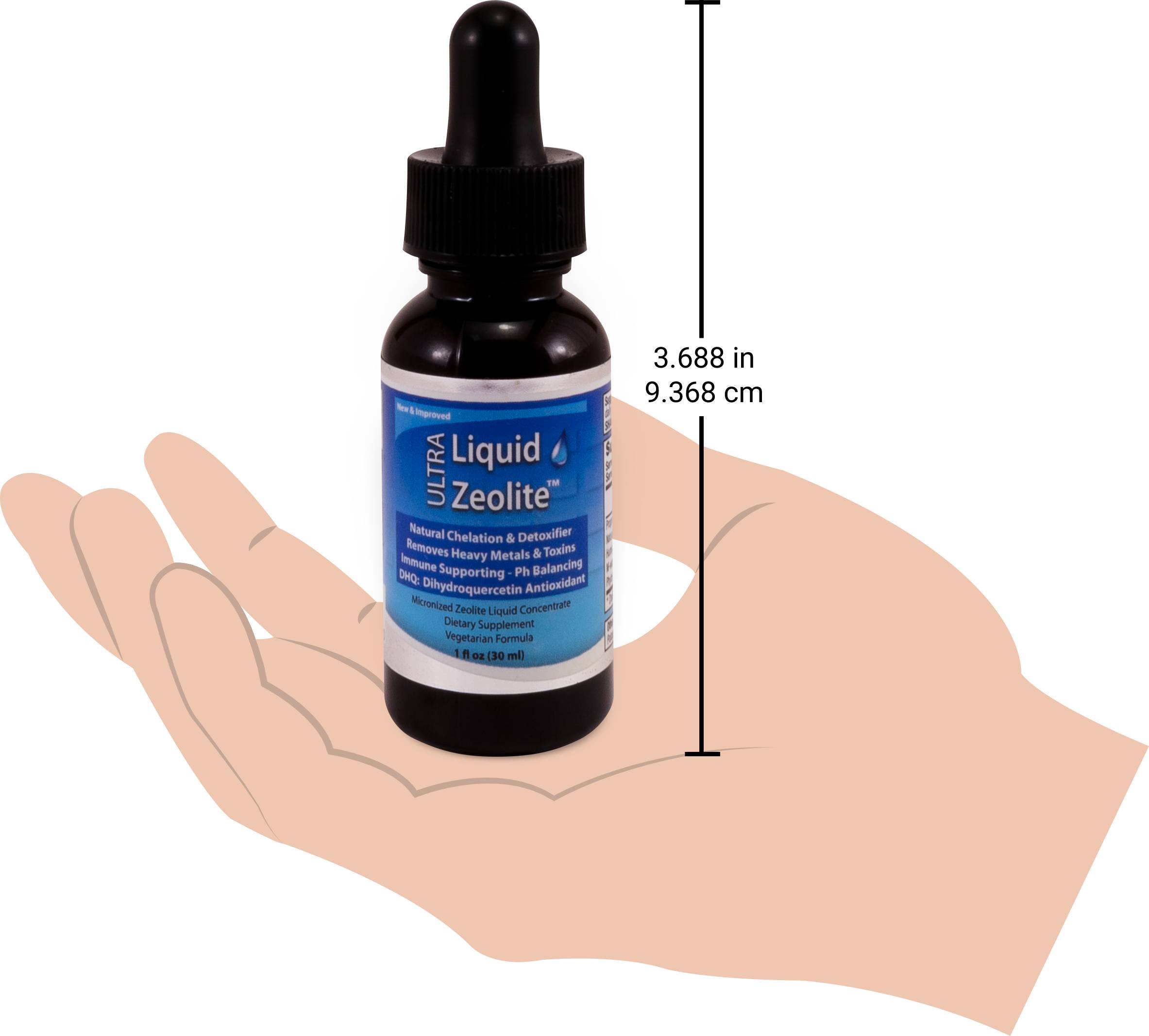 Liquid Zeolite brand is recommended and sold by more healthcare practitioners than all other brands combined. Each bottle is a 1 month supply.

Liquid Zeolite is now enhanced with DHQ (also known as taxifolin, which is a bioflavonoid similar in structure to that of quercetin) which may remove heavy metals such as: lead, mercury, arsenic, cadmium, and other toxins from the human body without affecting vital levels of essential minerals like calcium, magnesium, or zinc.

What makes Zeolite so unique is its negatively charged, cage-like, honeycombed structure. When ingested, this natural mineral attracts and irreversibly binds toxic heavy metals, chemical elements, and free radicals and is then excreted through the urinary tract. This process is called Chelation. One of the most significant benefits of Zeolite over other chelating agents is its affinity schedule for toxic heavy metals. Zeolite binds with mercury first and lead second, moving on to additional positively-charged toxic heavy metals and chemical toxins which may include pesticides, herbicides, plastics, and even radioactive particles without removing precious nutrients such as calcium and magnesium.

Extremely easy and pleasant to take: NO MESSY POWDERS to deal with! Purified Activated Liquid Zeolite is a small bottle of tasteless liquid that can be taken with or without food.

A Zeolite is an alkaline mineral which is formed when lava and ash from volcanoes have a chemical reaction with the sodium of sea water. This reaction creates a cage-like structure along with a negative charge which makes zeolite different than any other mineral on the planet today. The negative charge in the zeolite acts like a magnet in your body to attract the positively charged toxins and heavy metals, and trap them in the cage of the zeolite. Other products in the marketplace cause what is known as a “healing crisis” by re-exposing your body to all of the heav
y metals and toxins when they pull them out of your body cells. Your body then is forced to re-filter them which comes with many negative side effects. With Zeolite’s cage structure, it traps the toxins and heavy metals, so your body is not re-exposed to them. This is why Zeolite does not create negative reactions and provides concrete positive results in the detoxification process. 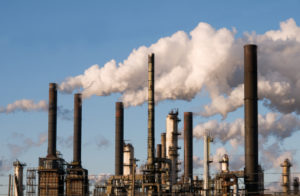 As toxins accumulate, they can have very negative effects on each and every system within our bodies. Our bodies are a precise machine that as these toxins build up over time, they can cause damage to neurological, immune, reproductive and endocrine systems. Some of these toxins can cause cancers, some are toxic to the brain and nervous system and some can even cause birth defects and diminish our body’s overall immunity levels.

Zeolites - Did You Know?

7 Key Reasons Why Liquid Zeolite Enhanced with DHQ is Unique

1. Extremely safe and non-toxic: Purified Activated Liquid Zeolite is completely non-toxic and is safely and completely eliminated after 5 to 7 hours. Toxins that it captures in its cage are effectively deactivated so that there are no side-effects from those toxins as they are eliminated from the body — it is important to drink plenty of water (8 to 10 glasses a day) when taking zeolite.

2. May Remove toxic heavy metals: Purified Activated Liquid Zeolite may have the perfect molecular structure for latching on to and then removing heavy metals (including radioactive ones) from the body, including mercury, cadmium, lead, arsenic, aluminum, strontium and excess iron.

3. May help remove pesticides, herbicides & dioxins: These chemicals may be prime candidates for triggering cancer and disrupting hormone balances, it is very important that they are removed from the body as quickly as possible.

4. May reduce viral load: Purified Activated Liquid Zeolite may latch on to viral components. This may help relieve some of the symptoms of viral diseases and infections.

5. May reduce absorption of nitrosamines: These substances can be found in processed meats, bacon, hot dogs, deli meats, etc. and are linked with pancreatic, stomach and colon cancer, as well as Type II diabetes. Purified Activated Liquid Zeolite may help to neutralize these toxins in the digestive tract by capturing them in its molecular cages before they can be absorbed into the body. Then they are safely eliminated from the body.

6. May help buffer body pH to a healthy alkalinity: Purified Activated Liquid Zeolite may act like a pH buffer, helping to prevent the acidic conditions in our blood and cellular fluids that encourage low immunity and diseases.

7. May help to buffer blood sugar: it may also buffer excess glucose by its negative charge and therefore may help reduce blood sugar spikes.

Key Reasons to Use Liquid Zeolite 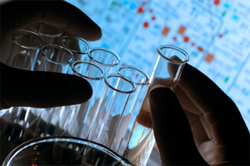 Extremely easy and pleasant to take: NO MESSY POWDERS to deal with! Many serious detox solutions are difficult to take, taste unpleasant, and can leave a person feeling drained because they indiscriminately remove healthy minerals as well. Purified Activated Liquid Zeolite is a small bottle of tasteless liquid that can be taken with or without food.

Contains Dihydroquercetin (DHQ), also known as taxifolin, which is a bioflavonoid similar in structure to that of quercetin.

It is safe to use: Liquid Zeolite comes from the only ore supply that’s been approved as safe for consumption by humans. In addition, it has been processed in such a way that it can NEVER withdraw necessary minerals or elements from your body only the harmful ones.

What makes natural cellular Liquid Zeolite better than other major brands of liquid zeolite? Many other brands use chemicals, solvents and/or high-heat treatment methods to process their zeolite into a liquid form. Natural Cellular Liquid Zeolite utilizes the newest advanced manufacturing processes.

Liquid Zeolite is the NEWEST method to deliver zeolite to the cells. An organically induced, advanced technology is used to absorb the natural cellular zeolite directly into the molecular structure of the humic mineral complex.